For the International Day of Women and Girls in Science on February 11, we're happy to feature our co-founder, Jami Morton. SnowShoe is one of a small number of women-founded companies. 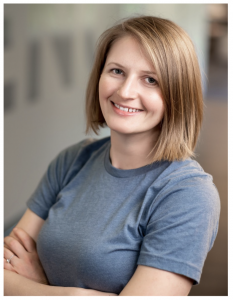 It’s a statistic that could almost pass you by unless you really stop to think about it: Less than 2% of enterprise software startups in the U.S. have at least one female founder, as reported by the Wall Street Journal this past December.

Earlier this month, Bloomberg reported that female founders secured only 2% of venture capital in the U.S. in 2021, the smallest share since 2016.

We are so accustomed to hearing about disparity and lack of representation of women in tech that it’s easy to forget that this is a problem that needs to be addressed.

Diversity is something we care about at SnowShoe. We’re lucky enough to work with a diverse and gender-balanced group of talented people. We know that a diverse team leads to a better experience, a better product and a better end result for everyone.

A recent Forbes article, “How Diversity Can Help With Business Growth”, included some impressive statistics on the benefits of diversity in the workplace:

In 2015, McKinsey Global Institute released a report focused on the economic implications of lack of parity between men and women. The study found that $12 trillion could be added to global GDP within the next ten years by advancing women’s equality. The report, of course, was released before the Covid pandemic drove many more women out of the workforce than men (2.4 million women versus 1.8 million men).

SnowShoe is proud to be a female-founded company. Our company was created in 2010 by three co-founders, all of whom were graduate students at the University of Wisconsin, one of whom was Jami Morton.

In 2012, this student team came up with the idea for the SnowShoe Stamp, a standalone piece of hardware used with a mobile device. With the Stamp, store clerks could redeem coupons directly on a customer’s phone without having to go through the POS system.

The SnowShoe team ended up winning a startup prize of $15,000 and decided to pursue building out the app with their winnings. Upon graduating, the team raised even more money from a larger set of angel investors, including Foundry Group’s AngelList Syndicate, 500 Startups, TechStars, Ludlow Ventures, and Queensbridge Capital.

As a woman in technology, Jami says that she didn’t feel the impact of the gender disparity until the team started to pursue larger funding. “Fundraising was different,” she says. “I felt a little bit more on the sidelines being a woman. When you’re in a room full of investors and you’re the only woman there, it can sometimes be intimidating.” Jami explains that rarely did they pitch a female investor, which makes sense: As of 2019, women made up roughly only 13 percent of partners at US venture firms.

While at SnowShoe, Jami was able to connect with other women in technology. She attended Women in Hardware meetings and other networking events for women. Hardware is a particularly male-dominated field within tech, so finding other women colleagues was important. “It’s never really bothered me being one of a few women. I’m used to it with my background. But when you find other women in the field, you stay in contact with them.”

Jami’s advice to young women considering a career in technology?

“Don’t let men intimidate you. Be vocal. Stand up for yourself. Advocate for yourself. Advocate for the product that you’re building. Don’t get in your head too much. Find people you can turn to and talk to and be your support system. I had a few female mentors along the way. I had a few really great male mentors along the way. It’s just about finding someone you can get advice from, shoot ideas off of and who listens to you.”

Today, as the leading customer loyalty platform for independent retailers, SnowShoe brings smarter solutions to brick and mortar retail. SnowShoe now is an international provider of solutions based on our proprietary check-in technology, patented in 18 countries around the globe. The Spark® system has been delivered in over 30,000 devices with over 25 million check-in events, with events captured on nearly every continent today. Enterprise clients include Shell and Red Bull, and SnowShoe is also the long-time trusted loyalty partner for global performance marketing engagement leader, Merkle.

SnowShoe acquired our first company in Fall of 2021, with more worldwide expansion to come in the future. Our accelerated innovation and growth would not have been possible without our diverse and capable team, and we’re excited for all that’s to come in 2022!

For a further great conversation on the importance and necessity of diversifying the field of tech,
listen to the last ten minutes of our podcast conversation with Joan D. Pepin of ZeroWall.ai.