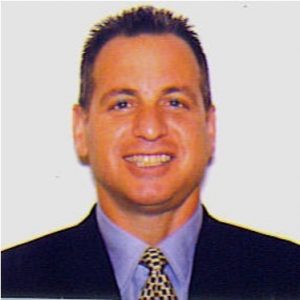 2022 continues to bring new growth for SnowShoe. This week, the team officially welcomes Scott Levine, a veteran sales representative with nearly three decades of experience across several industries and territories.

Scott was first introduced to sales by his father, who sold door to door for Fuller Brush. Scott observed his father’s successful sales strategies, and at 16 years old, Scott began selling candy in local neighborhoods. He learned how to introduce himself, get one foot in the door and quickly explain that the more candy he sells, the more money he could earn towards his future education. Scott was a natural from the start.

In his early career, Scott began selling advertising media. He was selling for The Pennysaver in the mid-90s when Yellow Book of Manhattan recruited him. He was named Rookie of the Year within his first six months on job, and the following year, he ranked #1 out of 60 Manhattan sales representatives. Soon after, Yellow Book promoted Scott to Sales Training Manager, and he trained more than 250 sales representatives through the company’s three-week New Hire training course. Scott enjoyed the opportunity to mentor and teach young sales reps, and he counts his years at Yellow Book as some of the best learning years of his career.

As the publishing landscape continued to evolve over the next several years, Scott migrated into digital advertising, local newspapers and trade publications, gaining experience in both inside and outside sales.

When Scott learned of an opening on SnowShoe’s sales team, he began to learn everything he could about this growing, independent tech company based out of Portland, Oregon. He was struck by the genuine spirit and authenticity of the staff members he met, and he instantly connected with the company’s mission to help local mom and pop retail shops thrive. The technology drew him in further, especially the software’s ability to reach shoppers via SMS messaging, which Scott says is the best way to market to people and create word of mouth. As Scott says, “SnowShoe has a good story to tell and a fantastic solution to implement. I’m so happy to be empowering retailers to be successful with Spark Loyalty.”

Scott has already proven himself as a trusted partner to more than 30 retailers with many locations since he joined SnowShoe! We’re thrilled to have Scott on the team.