Correcting the Retail Record: The 2021 Shopping Season was a Blockbuster

Holiday Shopping was up 8.5% year over Year
What does this tell us about the Past, Present and Future of Retail?

Headlines across media outlets clamored about December’s retail sales numbers released by the U.S. Commerce Department. The early January report showed that sales fell by 1.9 percent in December, the biggest fall in 10 months. But despite some rather pessimistic reporting, last year’s holiday sales were anything but disappointing.

The holiday shopping season is defined as running November 1 through December 24. In 2021, holiday season retail sales were up 8.5 percent over 2020. As our friend Steve Dennis notes, year-over-year sales are much more telling than month-over-month reports.

In fact, US holiday retail sales haven’t seen this kind of year-over-year jump in the past two decades. This includes the two years following the 2008 financial crisis, in which holiday sales jumped 0.2 percent in 2009 and 5.2 percent in 2010. (Source: National Retail Federation) 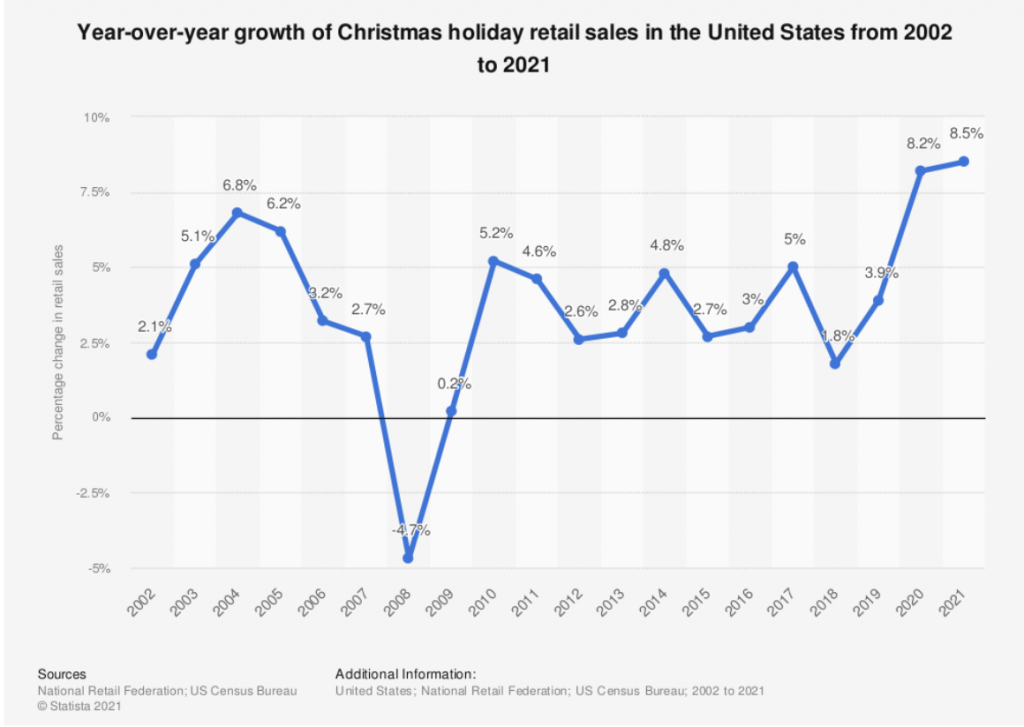 To be fair, the December sales drop was a surprise to many.
Reuters reports that economists had forecast retail sales unchanged. Month-over-month sales leading up to December had been particularly robust, jumping 1.8 percent in October and 0.3 percent in November and causing reports of a December sales drop to seem jarring.

So why the sudden slowdown? Well, many factors were at play last month, including arguably the largest: Consumers were paying attention and heeded the warnings.

Supply chain disruptions have caused problems since the onset of the pandemic, and forecasters predicted a large number of unhappy holiday shoppers if their packages didn’t arrive on time. News anchors and reporters started encouraging consumers to shop early, and consumers heard the message loud and clear.

Retailers also planned ahead and rolled out holiday promotions weeks earlier than usual. Big names such as Amazon, Target, Best Buy and Walmart started marking down holiday items by as much as 50% in October and November. Black Friday was no longer reserved to just one day after Thanksgiving but spanned weeks leading up to December.

Even independent retailers started holiday promotions early. Sellers on Etsy were offering deals as high as 20% off their items starting much earlier than in previous years. In addition, many consumers chose to shop on Small Business Saturday, which took place on November 27, the Saturday after Thanksgiving. The National Retail Federation reported that 51 million shoppers participated in Small Business Saturday last year, and that 71% indicated they were shopping on that day specifically to support local businesses.

Omicron likely played another key factor in the sales drop. The new variant was first detected in the US on December 1, bringing on a new surge of closures and other protective measures. Not only were more consumers staying home; retail staff were staying home too, leading to a labor shortage that many stores are still experiencing in early 2022. 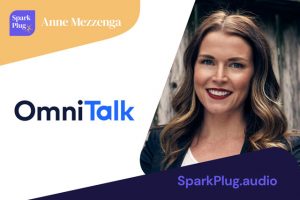 So while December’s lower sales numbers were used by some outlets as newsworthy clickbait, the fact remains that 2021 was a banner year for US retail. All indications point to a promising 2022 ahead as well. Sure, certain factors such as Omicron and supply chain remain uncertain, but retail has proven its resilience throughout this pandemic. Retailers have gotten creative and highly responsive to consumer expectations over the past 18 months, and many exciting shifts and innovations are already underway.

For more insights on the future of retail in the upcoming year, listen to our latest episode of Spark Plug with Anne Mazzenga, Co-CEO of Omni Talk, and read our overview of the Top 5 Trends to Expect in 2022. 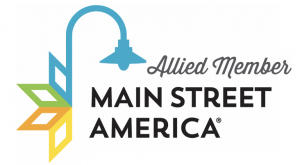